Sandbenders and the sad Haptics of my Office

One Year of Plastic and Glass

We’re coming up on the one year anniversary of working from home. My life, and the lives of so many others, have contracted into a small sphere. I work from home at a desk in the spare bedroom, and my contact with people other than my spouse is mediated through electronic devices. I work at either my work laptop (weekdays) or my MacBook (evenings and weekends). I hear other people’s voices through my iPhone or the headset on my work laptop. Two small cameras share my image with folks at work, or family members in other provinces.

So much of our human interaction is now driven through a combination of plastic and glass surfaces, and I’m really starting to wish that the designers spent some more time thinking about the device construction and haptics. The tactile perception (how it feels against your skin) and kinesthetics (how we perceive its motion and positioning) are lacking. I’m finding myself wishing there was a real-life Sandbenders company.

Yes, I really am referring to a fictional company two posts in a row. I went through my idea file trying to figure out what I was going to post about this weekend and I selected “Shipstone” and “Sandbenders” from an alphabetical list. Just roll with it. I’m the one who had to sit down and write something!

If you’re not familiar with the Sandbenders concept, that makes sense. In the novel Idoru by William Gibson, Chia’s laptop was built by the Sandbenders: a colony in Oregon that made one-of-a-kind artifacts that are exactly the opposite of the computers to which we’re all accustomed. There’s an excerpt down at the end of the post in case there’s a chance I can get another person hooked on his writing. A device made by Sandbanders would include repurposed items like recycled aluminum and natural items like wood, bone, and stone. The case of the device would be re-made in a new form, and the functional guts could be stuffed back inside. You would still have a brand-new phone, laptop, computer, monitor, or whatever… but the outside would be something unique. It would be personal, and the haptics would be a joy.

Haptic stimuli are important in how we experience life. Sure, my iPad and iPhone have “touchscreens,” but tapping and swiping a cold flat piece of matter basically neglects the sense of touch. There’s no feedback to our gestures. Sofie Svantsen quotes Finnish neurophysiologist Matti Bergström: “The density of nerve endings in our fingertips is enormous. Their discrimination is almost as good as that of our eyes. If we don’t use our fingers during childhood or youth, we become “fingerblind,” this rich network of nerves is impoverished — which represents a huge loss to the brain and thwarts the individual’s development as a whole. Such damage may be likened to blindness itself. Perhaps worse, while a blind person may simply not be able to find this or that object, the fingerblind cannot understand its inner meaning and value”.

We’re not getting much in the way of touch stimuli from our technology. We are increasingly closing to (or being obliged) to replace tangible things with digital versions of the same. While I gave up my physical library (easily a room full of books) in exchange for their digital formats, I do miss the smell of a book, the heft of it in my hand, holding it open at a page to show a friend… When we gave up the material forms of maps, calendars, notebooks, pens, printed photos, and records, we lost the sensations and experiences that came from interacting with all of those objects. The sensation of lifting the arm of record player with a finger tip, gently lowering the needle to the record, and feeling it bite into the groove ever so slightly, and be whisked away by the motion. A faint brush of air over your fingers as the record spun, the smell of dust from the liner… 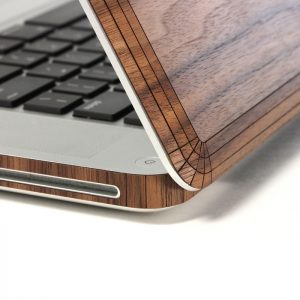 Compare the experience of paying for something in the physical world. You rummage around in your purse for your leather wallet, or tug it free of your jeans. You open it and pull out the new, oddly plastic banknotes, and a few coins, still somewhat cold to the touch, the familiar profile of Queen Elizabeth under a fingertip, from a change purse, and hand the money to the salesperson. Or perhaps you are looking for a recipe, pulling cookbooks from the shelves, flipping through them trying to find the right page. Some of the pages are slightly stuck together from an old recipe, and you have to tug them apart gently, smelling a faint hint of tomato.

In the digital world, the tactile experience of these two very different experiences is pretty much the same. You fill in text fields on an online shopping page, or a search engine, and you hit a button. Swipe right versus a shared glance and a hair flip.

My home office functions. I’ve got a built-in desk, filing cabinets, drawers for stuff, lights, and so forth. It functions just fine. It’s sanitary and efficient. Sometimes, however, I long for beautiful and unique. I’m thinking a desk in walnut, oiled not stained, with a bit of a live edge. Brushed stainless steel. Leather (smooth cowhide and a bit of ostrich accents, for the pebbled texture). Rutilated quartz by the lights, to capture it and fracture the light. Perhaps a bit of granite with a rough-hewn finish. Something with machined metal, with parts that are oiled, so there is the faintest tang of that still in the air, like a old drafting table. Switches that are a joy to toggle from one setting to another with a satisfying “click”. A dial with the faintest of clicks and resistance as you spin it from zero to ten. Leather and fabrics that give against pressure, and threaten to hold the smells of my tea or moisturizer if I am not cautious. Woods grains that are oiled, or cleaned with orange oil. Maybe not those things at all, at this point, my brain is just spitting out things that smell and taste and provide tactile feedback. 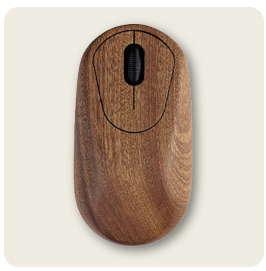 Many times when shopping (in the old world, pre-COVID-19 when it was still acceptable to touch the merchandise, I would close my eyes and shop with my nose, my ears, or my fingertips. Much to the dismay of my pocketbook, I would frequently pick something I could not afford based on senses other than sight. But the haptics of those objects evoke memories, transporting me from here to places in the past, places around the world, filled with memories. The smell of glass and computer plastic doesn’t send me anywhere (unless it is on fire, in which case it sends me straight back to Ascii Technology’s old office on the day the hard drive in the server died).

I’ve gathered a few images for inspiration on my Sandbenders board on Pinterest, but I suspect I’m gong to need to break out the graph paper and pencils and have a go at re-designing a home office. Everything needs to be in a different place for podcasting anyways.

As advanced technologies improve and extend into multiple areas of our lives, we need to think more carefully about what it means to be human in this world. We need to bring our bodies and all of our senses into play more often, for fear of growing literally… out of touch.

Idoru is the second book in the bridge trilogy by William Gibson, in which we meet Rei Toei: the idoru—the beautiful, entirely virtual media star adored by all Japan. In 2003, this concept still felt like science fiction, but in 2021, it feels like it’s pretty much reality already.

Chia looked down at her sandbenders. Turned off the red switch. “Coral,” she said. “These are turquoise. The ones that look like ivory are the inside of a kind of nut. Renewable.”

“The rest is silver?”

“Aluminum,” Chia said. “They melt old cans they dig up on the beach cast it in sand molds. These panels are micarta. That’s linen with this resin in it.”

It started with a woman who was an interface designer. Her husband was a jeweller, and he’d died of that nerve-attenuation thing, before they saw how to fix it. But he’d been a big green, too, and he hated the way consumer electronics were made, a couple of little chips and boards inside these plastic shells. The shells were just point-of- purchase eye candy, he said, made to wind up in the landfill if nobody recycled it, and usually nobody did. So, before he got sick, he used to tear up her hardware, the designer’s, and put the real parts into cases he’d made in his shop. Say he’d make a solid bronze case for a minidisk unit, ebony inlays, carve the control surfaces out of fossil ivory, turquoise, rock crystal. It weighed more, sure, but it turned out a lot of people liked that, like they had their music or their memory, whatever, in something that felt like it was there… And people liked touching all that stuff: metal, a smooth stone… And once you had the case, when the manufacturer brought out a new model, well, if the electronics were any better, you just pulled the old ones out and put the new ones in your case. So you still had the same object, just with better functions.
Kirsten Oulton2021-02-15T19:46:16-05:00February 15th, 2021|Technology|