I just watched Netherlands lose to Czechoslovakia in UEFA Euro, so while I’m feeling a bit salty about that, I’m going to take a few minutes to grumble about Marvel messing with people’s abilities.

Now, don’t get me wrong. Most of the time, I adore Marvel as the place to go to see yourself represented. Every once in a while, they do something that just plain drives me crazy. Tonight’s very short blog post is going to recap three Marvel missed opportunities:

Hawkeye has been deaf in the comics for quite some time now, so when he turned up in the movies without this part of his character, I was disappointed. In the comics he lost his hearing a number of ways (in 1982, a sonic arrowhead blasted his eardrums, from which he heals, then has two arrows stabbed into his eardrums and again in 2014, as a result of close gunfire). If you’ve not encountered this before, Marvel is not shy about revisionist history. So while there have been both hearing and deaf versions of Hawkeye in the last four decades, I believe that leaving Hawkeye’s deafness out of the film representation in the Marvel Cinematic Universe (MCU) was a big missed opportunity. It would have shown the real life consequences of a life of heroing (and in Hawkeye’s case, a near-equal amount of villainy), and Hawkeye’s work to adjust to his new circumstances and incorporate it into his life as a superhero.

They’re going to try to repair some of this in an upcoming Disney+ series, where they will include another deaf character called Echo, who is to be played by Alaqua Cox. In the comics, Echo lipreads and signs responses, and Hawkeye sometimes acts as interpreter for her when around other characters who cannot sign. Echo’s identify is more strongly centred around her indigeneity rather than her deafness. It looks like they’re going to retcon in a set of hearing aids for Hawkeye. I profoundly hope that Jeremy Renner puts in the work to interact convincingly in this space.

Here are just a few panels to let you glimpse at the comic depiction of Hawkeye, complete with blank speech bubbles where he knows people are talking but can’t understand them as their faces are turn away from him, making lipreading impossible. If while reading some of these you feel you’re missing things and have to work your way through some obstacles, well then congrats, you’re starting to open your worldview up a bit more.

Sam has a mental link with Redwing

The MCU completely messed with Sam Wilson’s powers in the movies. No, let me correct that: they TOOK AWAY HIS POWERS. He’s a standard issue human in the movies and into the Disney+ television series.

In the comics, Sam had a a paranormal empathic link with Redwing. Redwing was an actual falcon, not a drone. Red Skull used the Cosmic Cube to enhance the link, a process that hurt like hell, but left Same able to see through Redwing’s eyes. Over time, Sam learned to control other birds, significantly enhancing his crime-fighting abilities.

“I’m always psychically connected with Redwing, but through concentration I’ve recently tapped into another ability — I’m able to link-up with other birds. … I have over six billion pairs of eyes in the United States alone.”

Sam did a few missions with Captain America, resulting in him meeting with the Black Panther (T’Challa), who hooked Sam up with a sweet harness and wings, adding flight to his strengths. Picture it… it’s the 1970s, and in the comics this fancy new wing harness featured detachable jet-powered glider wings made of lightweight titanium ribbing and Mylar. The wings were covered with wafer-thin solar power receptors that convert sunlight into electricity for power miniature high-speed electric turbine. If those weren’t cool enough, they later get upgraded to be an emitter array on Falcon’s back that creates holographic “hard light” wings. No clunky metal bits for our hero!

In the MCU, Sam has no telepathic or empathic abilities. Redwing isn’t a bird with its own sense of agency, and has been reduced to a drone. His ability to fly is facilitated by the US military and Stark Industries before the latest suit upgrade from Wakanda. Ugh. Just ugh. 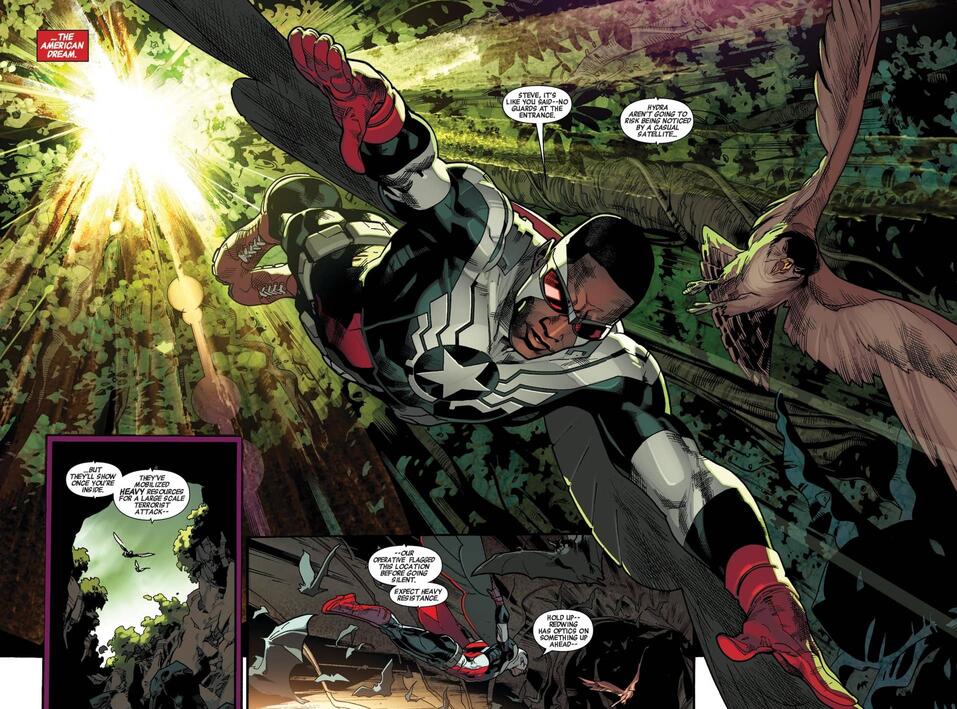 Supposedly, Marvel believed that by having one of the filmmakers (Joe Russo) playing a gay man in the group therapy session during Avengers: Endgame, they were giving a symbol of support for the LGBTQ community.

One character who makes a brief reference to a husband in a scene that doesn’t even really advance the plot is not representation, and the fact that Marvel hyped this moment is just plain offensive.

There have been a variety of LGBTQ2+ characters in the comics, but even when we get close to it in the Marvel Cinematic Universe, like when Tessa Thompson’s character filmed a scene in Thor: Ragnarok that explicitly confirmed Valkyrie’s bisexuality… the scene got cut from the final film,

We’re getting a belated corrective action in the new Disney+ television series Loki, but much like Bucky Barnes, Marvel’s going to have to put some real work into making amends. 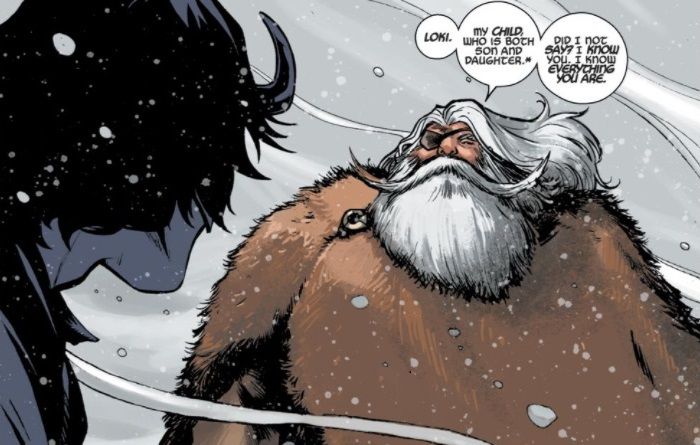