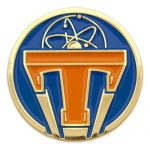 When watching the movie Tomorrowland, I get this feeling. It’s an almost visceral ache. It is a feeling I associate with world fairs, space flight, and a general sense that tomorrow, the world will be bigger, brighter, and better.

There’s a feeling when a rocket takes off. You’re holding your breath, but you keep sucking in just a little bit more air in. You feel a hitch in your ribs. You pull a bit more air in. You feel like you might explode, or implode, or both. There’s fire and flame and a streak into the sky and you feel that one more hitch at the back of your throat. The one that will make you cry. You can’t cry, because if tears film your eyes, you won’t be able to see the rocket tearing skyward. The sound still hasn’t even reached you yet and it’s getting harder to think. The boom finally hits your ears and you gasp, and with that motion, the tiny hitch at the back of your throat betrays you, and tears well up. The rocket continues to climb into the sky. Pale blue, royal blue, indigo… black. Beyond the limits of your sight, but your ears are still catching up to the launch as you swipe quickly at the tears, hoping no one saw you. It made it. The rocket escaped the Earth’s atmosphere and is in space.

When I worked at Ascii Technology in our first building, we were very near the runways at Lester B. Pearson International Airport. If you snuck out of the office in the early morning, you could stand at the end of the parking lot at watch the Concorde take off once a week, tearing through the sound barrier in a way that you could feel reverberating through your rib cage. For a few minutes, you could feel that we were still clawing our way free of gravity towards space.

I was home from school sick on the day that the Space Shuttle Challenger was scheduled to take off.  I had the chicken pox and was trying not to scratch.  I was frustrated to be sick, since it was the second time I had the chicken pox. It turns out that if your first infection isn’t serious enough, you can catch it again, which was a horrible thing to find out. That being said, I was thrilled to be home, because I was far too obedient to fake being sick so I could watch each launch. I was sitting far too close to the television, as if getting my nose closer to the screen would somehow transport me to Cape Canaveral, Florida, so I could see it in person. If I’d had money, back then, I definitely would have gone to see some of the launches.

When the Challenger exploded 73 seconds into its flight, my mind couldn’t process it right away. I knew, deep in my bones, that every takeoff carried the risk of explosion, but it took a surprising large number of seconds for my brain to actually accept what it was seeing. For the rest of that day and for the rest of that week, the news were filled with this story, making it impossible to avoid re-living the moment that killed all seven crew members. 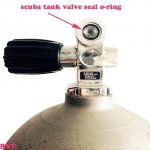 An O-ring seal failed due to the unusually cold conditions that existed on that particular morning. Years later, when I learned to SCUBA dive and I learned all the parts of my equipment, I would stare at the O-ring on my air tank at the start of each and every dive. A tiny piece of plastic. Something not so very different than that wee bit of plastic was the difference between success and failure on that mission.

Failure is Not An Option

At Ascii Technology, the third line of business I spun up was disaster-tolerant systems for mission-critical environments. We built systems that would failover to backup systems seamlessly when the power went out, the manufacturing floor became choked with dust particles, or the air conditioning died in the server room. It paired my love of good engineering with the part of my brain that spent far too much time imagining all the different things that could go wrong.

In celebration of our first year of operations in 1996, I got to throw a big customer event based on the theme “Failure is Not An Option”. We rented one of the three ballrooms at the King Edward Hotel in Toronto, had a stage built with a full lighting rig, dry ice machines and a giant (for the time) video screen. The keynote speaker was Gene Kranz, the second Chief Flight Director from the Apollo 13 mission. We flew him in for the event and back out the next day, riding a resurgence in interest in space flight on the coattails of the Apollo 13 movie from the year before where the role of Gene was played by Ed Harris. We could bring in Ascii’s top clients, wine and dine them as they listened to a talk by a giant of the space industry, and they would leave with VHS copies of the movie signed by Gene himself. It was a solid game plan.

I remember all the work setting up the event. I remember the incredible presentation. I remember chatting with Gene before and after… but I do not remember a single guest at the event. I have no idea who I talked to or about what while I worked the floor. You could blame it on the drinks, or the sparkling chandeliers, or the lingering smoke from the dry ice machines… but to this day my memories are limited to setting up and Gene. It’s not every day you get to sit down and chat with a real life hero.

The video embedded below is a variation on that same speech by Gene Kranz, done a number of years later, delivered in Mission Control, if you want to see it. For the record, the phrase “Failure is not an option” was in fact coined by Bill Broyles, one of the screenwriters of Apollo 13, based on things the Apollo crew said, but not an exact quote.

So why am I searching for Tomorrowland?

When I was a child, I believed that there was absolutely no doubt that we would not just go into space, but by the time I died, there would be people living in space, farming in space, mining in space. I grew up in the shadow of Expo 67: a general exhibition, Category One World’s Fair held in Montreal, Quebec, Canada, from April 27 to October 29, 1967. The exhibits were built on an island that wasn’t there to celebrate a future we hadn’t created as Canada celebrated its centennial.

In the last two decades, I have been losing my grasp on Tomorrowland. It doesn’t entirely make sense. We have the the Large Hadron Collider, the Hubble space telescope, the International Space Station, and the Canadarm. There is a billionaire’s space race under way right now. Elon Musk, founder of Telsa electric cars, Amazon CEO Jeff Bezos and Virgin boss Richard Branson all want to send private citizens to space. Their companies (SpaceX, Blue Origin, and Virgin Galactic) are set on making human space travel cheaper as the space race moves from an international competition into the domain of corporate affairs.

I am reminded of John F. Kennedy’s speech at Rice Stadium in 1962:

If we never put another human being on the moon or on Mars, I think that people around the planet would be profoundly distraught. They would feel as if they’d lost something that matters, and perhaps our best days are behind us. They might nor be able to explain why, because space travel is about so much more than space.

There are a host of very practical reasons to support space exploration and research (this whole list is theirs, not mine):

These are all fantastic, pragmatic, practical, and valid reasons to invest in space exploration. At the end of the day, it isn’t about the economics of the return on our investment.

Humans want to strive. We are the descendants of people who outperformed their competitors. We found new ways to live and thrive in a variety of environments our bodies were never built to survive. We are curious creatures, wanting to know what is up in the sky and under the ocean. We are builders of monuments, trying to leave something to show the generations after us what we did with our time on this planet.

Kennedy hit on the core of it. We need a worthy goal that “will serve to organize and measure the best of our energies and skills”. Space is that goal. While I am thrilled the billionare’s space race is continuing the effort, I worry when the desire is the held only in the hearts of the few, instead of the masses. I want us all to look up at the skies above and long for discovery, because that kind of optimism is what will pull our species forward into Tomorrowland.

If this has left you with a hankering to go watch some movies about space, here is a selection of a some of my personal favourites:

Header image: In case you don’t recognize it, the picture in the header is of the 1939–40 New York World’s Fair grounds. That fair was held at Flushing Meadows–Corona Park in Queens, New York, United States. It was the second-most expensive American world’s fair of all time, and it was the first exposition to be based on the future, with an opening slogan of “Dawn of a New Day”, and it allowed all visitors to take a look at “the world of tomorrow”.